- From the Romans to the Rolling Stones 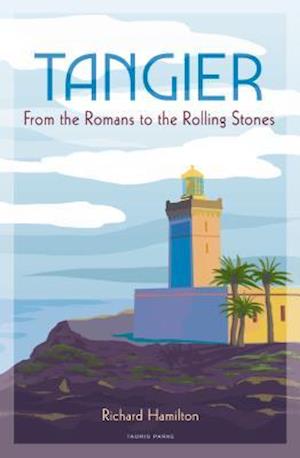 In Tangier, the Moroccan novelist Mohamed Choukri wrote, 'everything is surreal and everything is possible.' In this intimate portrait of a city, the former BBC North Africa correspondent, Richard Hamilton, explores its hotels, cafes, alleyways and darkest secrets to find out what it is that has inspired so many international writers, artists and musicians. Delving down through complex historical layers, he finds a frontier town that is comic, confounding and haunted by the ghosts of its past. Samuel Pepys thought God should destroy Tangier and St Francis of Assisi called it a city of 'madness and delusions.' Yet, throughout the centuries, it has also been a crucible of creativity. It was a turning point in Henri Matisse's artistic journey and had a profound impact on the founder of the Rolling Stones, Brian Jones. Tangier also produced two of the greatest American novels of the twentieth century: The Sheltering Skyand Naked Lunch. Besides Paul Bowles and William Burroughs, the book also looks at lesser known characters such as the flawed genius, Brion Gysin, as well as Ibn Battuta, who travelled three times further than Marco Polo. Featuring a thrilling cast of pirates, sultans, artists, musicians, writers, princes and playboys, this is an essential read about Tangier.