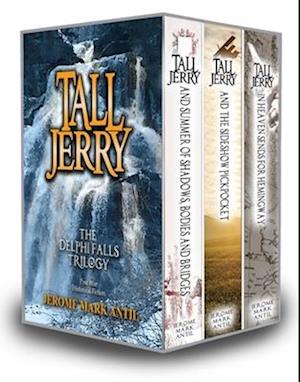 Tall Jerry in the Delphi Falls Trilogy are of a time filled with characters that show true heroism. Of three legends that happened after the war and before there were cell phones and an internet, and not every house had a telephone or television. Of a time when a full, hot meal at school cost a quarter. It was a time when you could leave the house and go off to play without having to ask. The people are real, and the fictionalized legends are based in truth. Jerry and his friends lived during a world at war. By the time they were six they felt the impact of more than 80 million deaths worldwide. They grew up fast. They had to.