Taking Away the Pound 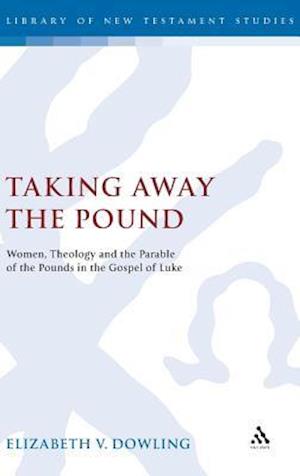 Against the majority opinion, this study argues that the Lukan Parable of the Talents (Lk 19.11-28) is a story about the use and abuse of power. The parable is also the story of those who suffer adverse consequences when they oppose unjust power structures. This suppression of challenge to oppressive structures evidenced in the Parable of the Pounds fits a pattern that operates in other parts of the Lukan Gospel. We meet it, for example, in the arrest and killing of John the Baptist by Herod, and in the arrest and crucifixion of Jesus. The Parable of the Pounds can be seen as a paradigm for the stories of those characters in the Lukan Gospel who 'lose their pound' when they challenge an oppressive structure, where 'pound' becomes a metaphor for what one has that can be potentially taken away by those in a position of power. This study argues that this pattern of 'taking away the pound' is also seen within stories of women characters who resist patriarchal ideals and expectations. The Parable of the Pounds is used as a lens through which to view the characterizations of Lukan women. New lenses provide new opportunities for perception.This study explores what is opened up by this way of viewing the text. In particular, it explores the ways in which the dynamic of the Parable of the Pounds gives insight into the dynamic operating in the Lukan women's characterizations. LNTS