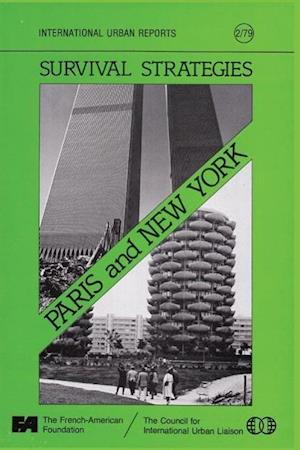 This is a most unusual contribution to comparative urban systems. It examines Paris and New York in terms of future prospects for each city in the face of draconian social, economic, and political changes, and takes as axiomatic that the struggles of New York and Paris are those of super cities: namely struggles to survive as world centers and not just as national metropolitan areas of worth. The volume covers such vital areas as planning for older cities like Paris and New York, problems in the internal management system of each city, the relationship between inner cities and suburbs, and issues involved in regional planning in which the two world cities provide models for their nations and the world as a whole.The work is unusual in that it not only appraises organizational issues, but sociological and architectural ones as well. Hence, the issue of blacks in New York, or Arabs in Paris, is addressed with considerable candor and insight. The relationship between substandard housing in each of the cities is examined with the clear understanding of the racial dynamics at work in each of these centers.This work gives intellectual and practical substance to Gottman's notion of megalopolis, and places in sharp comparative relief problems which all too often are seen as local and parochial in character. This volume represents the first world-cities approach to real world cities, and as such, is a pioneering effort that will be greeted with great enthusiasm by scholarly and general readers alike. The authors gathered for this effort represent leading practitioners from both France and the United States, and hence the volume is a joy to read no less than to ponder.