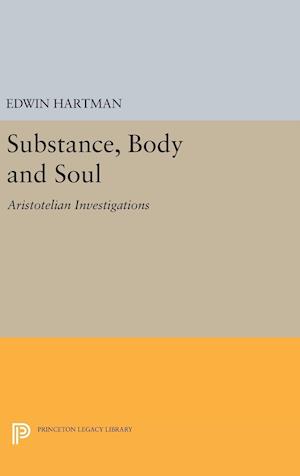 Edwin Hartman explores Aristotle's metaphysical assumptions as they illuminate his thought and some issues of current philosophical significance. The author's analysis of the theory of the soul treats such topics of lively debate as ontological primacy, spatio-temporal continuity, personal identity, and the relation between mind and body. Aristotle presents a world populated primarily by individual material objects rather than by their parts or by universals. The author notes that defense of this view requires Aristotle to create the notion of form or essence. A material object, the Philosopher holds, is identical with its particular essence, and is not a combination of form and matter. Most important, a person is a substance and his essence is his soul. Personal identify is therefore bodily identity, and survival consists in bodily continuity. The relation between a state of perceiving and a state of the body is a special case of the weak identity between form and matter. Originally published in 1978.The Princeton Legacy Library uses the latest print-on-demand technology to again make available previously out-of-print books from the distinguished backlist of Princeton University Press. These editions preserve the original texts of these important books while presenting them in durable paperback and hardcover editions. The goal of the Princeton Legacy Library is to vastly increase access to the rich scholarly heritage found in the thousands of books published by Princeton University Press since its founding in 1905.