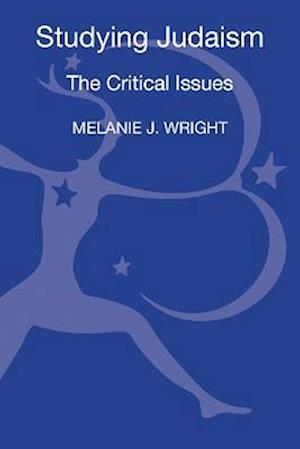 This is a concise study guide for the fledgling student of Judaism, covering critical issues and methodology. This volume in the "Studying World Religions" series is an essential guide to the study of Jewish faith. Clearly structured to cover all the major areas of study, including historical foundations, scripture, worship, society, thought and ethics, this is the ideal study aid for those approaching Judaism for the first time. "Studying Judaism" offers readers the chance to engage with a religious tradition as a diverse, living phenomenon. Its approach is 'critical' in two major respects: its use of the dimensional approach to the study of religions as an interpretive framework, and its focus on matters perceived as problematic by insider and/or outsider commentators, such as gender, demography, geo-politics, the 'museumisation' of Jewish cultures and its impact on religion and identity. A series of introductory guides, books in the "Studying World Religions" series are designed as study aids for those approaching the world's religions for the first time.Rather than attempting to cover all the material, the critical and methodological issues that students need to grasp in the study of each religious tradition - and religion in general - are drawn out, and the major contemporary debates explored. Readers are offered the chance to engage with religious traditions as diverse, living phenomena. With helpful suggestions for further study, pointing students towards material such as primary sources (scriptures), films and novels, and including ideas for teaching, discussion topics and exercises, these guides are the perfect companions for the fledgling student of religion.