Studies on Sufism in Central Asia 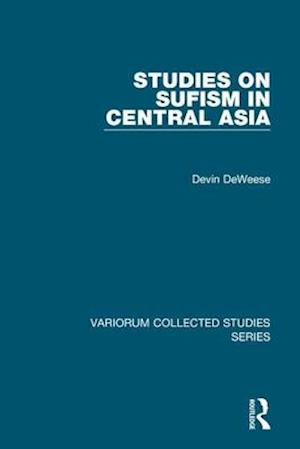 Studies on Sufism in Central Asia reproduces 12 studies which explore previously unstudied sources with an eye to identifying prominent developments in the social and organizational history of the major Sufi groupings of the region; The chronological range reflected in the studies included here runs from the 13th century to the 17th, with a somewhat uneven distribution between the earlier half of the period (13th-15th centuries, with six articles, Nos. II, IV, V, VII, VIII, and XI) and the later half (16th-17th centuries, with four pieces, Nos. III, IX, X, XII), and two studies (Nos. I and VI) spanning the entire period. In terms of specific Sufi traditions, the studies included here reflect DeWeese's attention to groups and individuals that might be identified (despite the focus of some of his more recent work on questioning the use and meaning of such labels) as KubravAE", YasavAE", and KhwAE jagAE nAE"/NaqshbandAE", with four studies focused entirely on 'KubravAE"' circles (Nos. I, II, V, XI), five on 'YasavAE"' subjects (Nos. III, VII, IX, X, XII), and one on the KhwAE jagAE n (No. VIII), as well as one dealing with YasavAE"-NaqshbandAE" relations (No. VI) and another exploring a group that falls outside these labels (No. IV). KhwAE jagAE nAE" and NaqshbandAE" history has a strong 'background' presence, nevertheless, in five other articles (Nos. I, III, IV, VII, and IX), reflecting the steady rise of the NaqshbandAE"ya to predominance among Central Asian Sufi traditions.

Forfattere
Bibliotekernes beskrivelse Reproduces 12 studies which intend to identify prominent developments in the social and organizational history of the major Sufi groupings of the region. In this title, the chronological range reflected in the studies range from the 13th century to the 17th century.