- Substance, Structure, Style and the Principles of Screenwriting 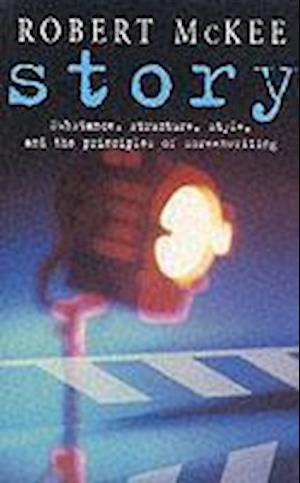 Forfattere
Forlagets beskrivelse Structure is Character. Characters are what they do. Story events impact the characters and the characters impact events. Actions and reactions create revelation and insight, opening the door to a meaningful emotional experience for the audience. Story is what elevates a film, a novel, a play, or teleplay, transforming a good work into a great one. Movie-making in particular is a collaborative endeavour - requiring great skill and talent by the entire cast, crew and creative team - but the screenwriter is the only original artist on a film. Everyone else - the actors, directors, cameramen, production designers, editors, special effects wizards and so on - are interpretive artists, trying to bring alive the world, the events and the characters that the writer has invented and created. Robert McKee's STORY is a comprehensive and superbly organized exploration of all elements, from the basics to advanced concepts. It is a practical course, presenting new perspectives on the craft of storytelling, not just for the screenwriter but for the novelist, playwright, journalist and non-fiction writers of all types.
Bibliotekernes beskrivelse '"Good story" means something worth telling that the world wants to hear. Finding this is your lonely task... but the love of a good story, of terrific characters and a world driven by your passion, courage and creative gifts is still not enough. Your goal must be a good story well told.' Robert McKee black & white illustrations