- Black Freedom Fighter in the Civil War and Reconstruction 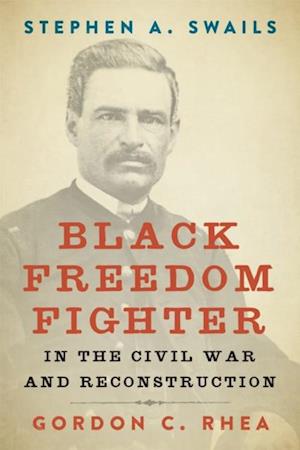 Stephen Atkins Swails is a forgotten American hero. A free Black in the North before the Civil War began, Swails exhibited such exemplary service in the 54th Massachusetts Infantry that he became the first African American commissioned as a combat officer in the United States military. After the war, Swails remained in South Carolina, where he held important positions in the Freedmen's Bureau, helped draft a progressive state constitution, served in the state senate, and secured legislation benefiting newly liberated Black citizens. Swails remained active in South Carolina politics after Reconstruction until violent Redeemers drove him from the state. After Swails died in 1900, state and local leaders erased him from the historical narrative. Gordon C. Rhea's biography, one of only a handful for any of the nearly 200,000 African Americans who fought in the Civil War or figured prominently in Reconstruction, restores Swails's remarkable legacy. Swails's life story is a saga of an indomitable human being who confronted deep-seated racial prejudice in various institutions but nevertheless reached significant milestones in the fight for racial equality, especially within the military. His is an inspiring story that is especially timely today.