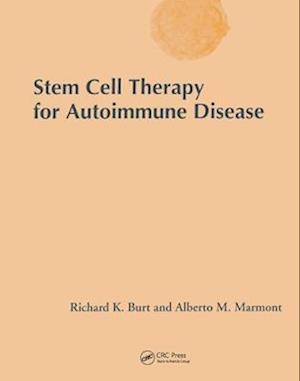 Stem cell transplantation may be complicated by treatment-related mortality and like the immune system that it regenerates has equal potential to either create and preserve or destroy. The dual nature that defines stem cells is differentiation that ultimately leads to death and self-renewal, which leads to immortality. What types of stem cells are there? How are they collected? What are their attributes and characteristics? This textbook devotes many chapters to familiarize the reader with the basic science, clinical aspects, and new questions being raised in the field of stem cell biology. Blood stem cells for tolerance and tissue regeneration are a rapidly developing research and clinical field that is being applied to autoimmune diseases. In clinical trials, autologous hematopoietic (blood) stem cells are being used to reduce the cytopenic interval following intense immune suppressive transplant regimens. While as yet not delineated, some possible mechanisms and pathways leading to tolerance after hematopoietic stem cell transplantation are suggested in these chapters. Tissue regeneration from blood stem cells is also suggested by animal experiments on stem cell plasticity or metamoirosis (i.e., change in fate) as described within this textbook. Ongoing early clinical trials on tissue regeneration from blood stem cells are described in the chapter on stem cell therapy for cardiac and peripheral vascular disease. Whether autologous hematopoietic stem cells, through the process of mobilization and reinfusion, may be manipulated to contribute to tissue repair in autoimmune diseases is a future area for translational research.Hematopoietic stem cells as a therapeutic tool to induce tolerance were first applied to human autoimmune disorders in 1996. Since then, the door has opened on trials involving numerous autoimmune diseases and allogeneic as well as autologous hematopoietic stem cells. Stem cells are becoming a new therapeutic tool to supplement or replace traditional approaches of surgery, pharmacy, and radiotherapy. As the embryonic stem cell-related ethical issues involving creation and destruction are resolved, their clinical application may follow the clinical paths, trails, and trials already being explored with hematopoietic stem cells.