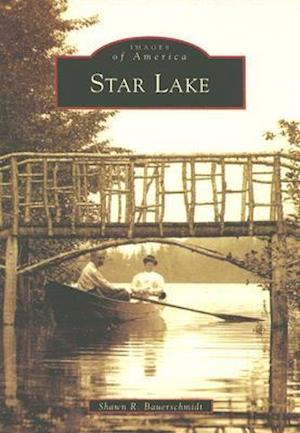 Located in the northwest quadrant of the Adirondack Park, Star Lake was one of the last remaining unsettled areas in New York State. For much of the early to mid-1800s, it remained mostly wilderness until the various railway lines opened up the Adirondacks for all to enjoy. The fascinating story of Star Lake begins there. Lured by prospects of great hunting, fishing, fresh air, and pure water, many affluent summer vacationers set their sights on this region of New York. By 1900, Star Lake had a prospering tourist industry, supporting numerous large hotels. The Star Lake Inn, one of the largest hotels in the western Adirondacks, was among the few in America at that time to cater to the Jewish population of New York City. Numerous Victorian-style cottages were built along the 12 miles of shoreline, many of which still remain.