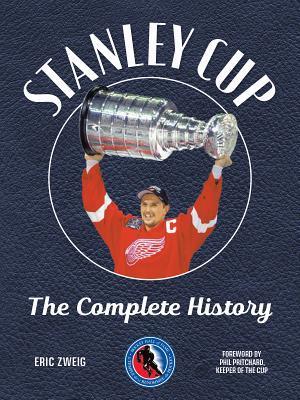 The definitive book on the history of the Stanley Cup and the championship teams that have won it.

Between the 1892-93 Amateur Hockey Association season and the 2017-18 NHL season, the Stanley Cup has been awarded 146 times in 126 seasons to 30 different franchises.

In Stanley Cup, Eric Zweig details every single championship, including rosters, stats, and stories from the seasons and the playoffs.

Chart the course of hockey history and revisit the dynasties and Cinderella stories of each and every decade. From Bobby Baun's overtime winner on a broken leg to stave off elimination in the 1964 Stanley Cup final to Brett Hull's infamous "no goal" in Buffalo to seal the 1999 final, Stanley Cup is full of magic moments and incredible achievements.