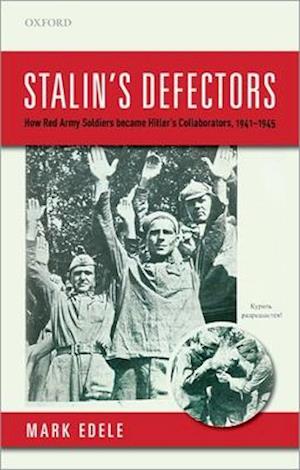 Stalin's Defectors is the first systematic study of the phenomenon of frontline surrender to the Germans in the Soviet Union's 'Great Patriotic War' against the Nazis in 1941-1945. No other Allied army in the Second World War had such a large share of defectors among its prisoners of war. Based on a broad range of sources, this volume investigates the extent, the context, the scenarios, the reasons, the aftermath, and the historiography of frontlinedefection.It shows that the most widespread sentiments animating attempts to cross the frontline was a wish to survive this war. Disgruntlement with Stalin's 'socialism' was also prevalent among those who chose to give up and hand themselves over to the enemy. While politics thus played a prominent role in pushing people to commit treason, few desired to fight on the side of the enemy. Hence, while the phenomenon of frontline defection tells us much about the lack of popularity of Stalin's regime, itdoes not prove that the majority of the population was ready for resistance, let alone collaboration. Both sides of a long-standing debate between those who equate all Soviet captives with defectors, and those who attempt to downplay the phenomenon, then, over-stress their argument. Instead, more recentresearch on the moods of both the occupied and the unoccupied Soviet population shows that the majority understood its own interest in opposition to both Hitler's and Stalin's regime. The findings of Mark Edele in this study support such an interpretation.

Forfattere
Bibliotekernes beskrivelse The first systematic study of the phenomenon of frontline surrender to the Germans in the Soviet Union's 'Great Patriotic War' against the Nazis in 1941-1945, showing that while people were disgruntled with Stalin's rule, most attempts to cross the frontline stemmed from a wish to survive this war, rather than a desire to support Hitler's regime.