- Little Citizen of This Little World 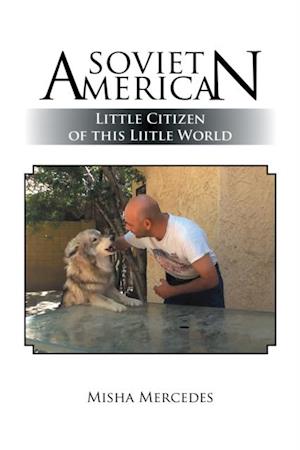 What is the actual meaning of a ''Citizen of the world''? What is common between American ancestors and a Soviet immigrant, who came to America to create a new beginning? Misha, or (Mike) shares not only his life story, based on ideology, views and mentality of ancestors immigrants, as far as Founding Fathers, words, views and even hobbies, but also certain principles, values, and observations intended to provide a glimpse into how a citizen of the world thinks, respects others, and appreciates freedom and his new home. He did offer to read his writings to customers of older generation, while they were waiting for haircuts, who after said ''You must to publish it'' Thats how book ,Soviet American'' was born. Misha, an old-school and fashion Soviet master barber, offers real stories based on conversations with his customers as well as perspectives on a variety of issues that explore dip history knowledge and simple realities of owning an old-fashioned barbershop and reflect on the history of Russia and America. Included is the story of his road to freedom that encourages Americans to embrace their own histories and the plights of their ancestors who made difficult decisions and embarked on dangerous roads to achieve freedom and prosperity. Through it all, he provides valuable teaching moments and peoples choices in life for anyone, include interested in gaining insight into another countrys culture and an immigrants views on the American way of life. Soviet American shares poignant reflections and true stories gathered from a master barbers journey to realize the American dream. Dont have to love it, or hate it. Just know it, analyze it and compare it. And maybe use it and share it. As a generation to generations.