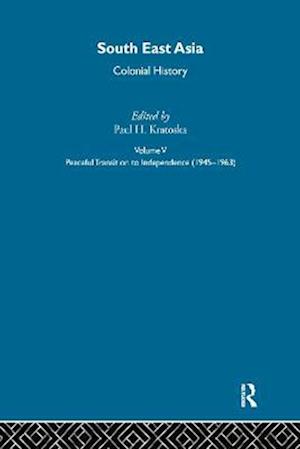 The six volumes that make up this set provide an overview of colonialism in South East Asia. The first volume deals with Portuguese, Spanish and Dutch Imperialism before 1800, the second with empire-building during the Nineteenth Century, and the third with the imperial heyday in the early Twentieth Century. The remaining volumes are devoted to the decline of empire, covering nationalism and the Japanese challenge to the Western presence in the region, and the transition to independence. The authors whose works are anthologised include both official participants, and scholars who wrote about events from a more detached perspective. Wherever possible, authors have been chosen who had first-hand experience in the region.