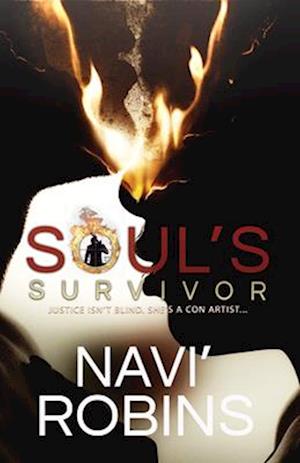 Three years ago, while volunteering in South Sudan, Chicago native Daniel Bennett came face to face with evil personified when African warlord Kronte and his men brutally murdered his daughter, Victoria. The sole survivor of the massacre, Dr. Bennett returned home broken and tormented by guilt and memories of an unforgivable crime allowed to go unpunished. Then the beautiful and mysterious United Nations crisis counselor Ayana Burundi walks into his office, offering the chance to see the man who took everything from him pay for his crimes. It is supposed to be a professional relationship between two attractive and single people who only want to see justice finally have her day. What could possibly go wrong? As Ayana and Daniel prepare to build their case while also fighting to keep their dramatic romance alive, they discover that the captured warlord isn't the only one with an interest in preventing Kronte from ever going to trial. Backed by the international crime syndicate known as Father, Kronte has been their most profitable asset in Africa. Refusing to see their profits and power in the region weakened, the syndicate dispatches their most deadly liaison to use every option at his disposal to prevent the U.N.'s star witness from ever taking the stand. Facing insurmountable odds and danger, Ayana and Daniel must stand together and fight to bring a monster to justice, no matter the cost.