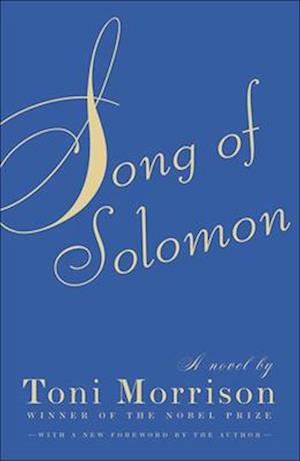 Milkman Dead was born shortly after a neighborhood eccentric hurled himself off a rooftop in a vain attempt at flight. For the rest of his life he, too, will be trying to fly. With this brilliantly imagined novel, Toni Morrison transfigures the coming-of-age story as audaciously as Saul Bellow or Gabriel Garci a Ma rquez. As she follows Milkman from his rustbelt city to the place of his family's origins, Morrison introduces an entire cast of strivers and seeresses, liars and assassins, the inhabitants of a fully realized black world.

Forfattere
Bibliotekernes beskrivelse This novel reates a magical world out of four generations of black life in America, a world readers enter on the day of the birth of Macon Dead, Jr.; the day on which lonely Robert Smith attempts to fly from a steeple of the hospital, a black Icarus looking homeward.