Son of the Red Earth 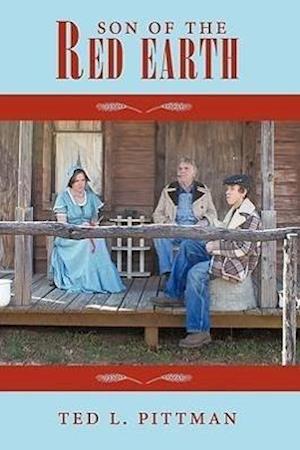 "Son Of The Red Earth" is based on a story told to me in 1967. The story centers around the life of young Jorney Wilson. Starting in the early 1930s, Jorney's story is about the harsh reality of living with an alcoholic, abusive father and his struggle to keep skin and bones together for the both of them. Sold off to a neighboring farmer for the sum of fifty dollars, Jorney vows not to take another beating. He finds he has to fight back to keep that very thing from happening. With Silas Baldwin down on the ground and maybe dead, Jorney flees to a life of running and hiding, always just one step ahead of the law. From working for the Civilian Conservation Corps (C.C.C.) to running moonshine whisky, Jorney finds a way to get by and makes some lasting friendships along the way. When he finds the girl of his dreams, it seems everything is going to work out alright after all. But then Carl Betterman of the Bureau of Criminal Investigation (BOCI) manages to capture him with a truck load of moonshine whisky. When he finds himself on trial for murder, the darkest days of his young life are ahead of him. Jorney Wilson was truly born of the red earth, thus the title of this book. Follow him as he tries to make a life for himself and find justice and vindication for a crime he didn't commit. Share his adventures as he roams the countryside and helps make history in the young and growing state of Oklahoma. Sit with him in the dark cells of the Atoka County Jail as he awaits his trial for murder. Live with him as he fights to be free as a "Son of the Red Earth".