- The relationship between body and screen - a Jungian perspective 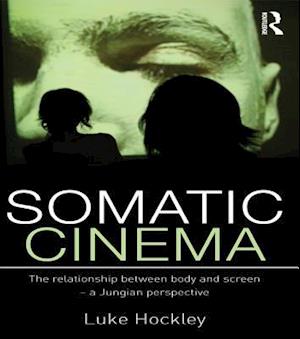 Films can hold personal psychological meanings that are often at odds with their narratives. Examining the intersections between mental health and the cinema, Somatic Cinema represents the cutting edge of film theory, evaluating the significance of this phenomenon both in therapy and in the everyday world.Luke Hockley draws on the insights of phenomenological and Jungian film theory and applies them alongside more established psychoanalytic approaches. The result is to combine the idea of affective bodily experience with unconscious processes as a means to explore a new ontology of the cinema. The emphasis is therefore shifted from pure intellectual insight to greater inclusion of personally constructed meanings and experiences. Several key concepts are developed and explored throughout the book. These include:The idea of the 'Third Image', occupying the intersubjective space between viewer and screen, and therapist and clientThe concept of the Cinematic Frame (as opposed to the Film Frame), the container of the psychological relationship between viewer and screenThe use of the Cinematic Experience to encapsulate the somatic expression of unconscious effects that develop while a film is viewed and which are central to the creation of personal psychological meanings. With a focus on examining why we develop a personal relationship with films, Somatic Cinema is ideal for academics and students of film studies, media studies and analytical psychology.