Social Institutions and the Politics of Recognition 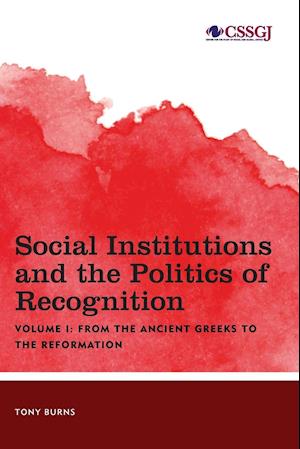 The first of three volumes, this definitive study explores the politics of social institutions, from the time of the ancient Greeks to the Reformation in the sixteenth century. Tony Burns focuses on those civil-society institutions occupying the intermediate social space which exists between the family or household, on the one hand, and what Hegel refers to as 'the strictly political state', on the other. Arguing that the internal affairs of social institutions are a legitimate concern for students of politics, he focuses on the notion of authority, together with that of an individual's station and its duties. Burns discusses the work of such key thinkers as Plato, Aristotle, Cicero, Seneca, Epictetus, Marcus Aurelius, St. Paul, St. Augustine, St. Thomas Aquinas, Marsilius of Padua, Nicholas of Cusa, Jean Bodin, Charles Loyseau, John Calvin, Martin Luther and Gerrard Winstanley. He considers what they have said about the relationship that exists between superiors in positions of authority and their subordinates within hierarchical social institutions.

Nummer i serien:
VOLUME I