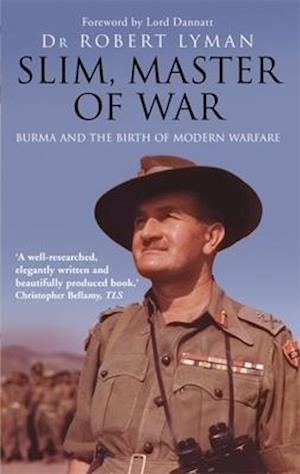 'Elegantly written and beautifully produced' TLSHow 'Uncle Bill' won the war in BurmaDefeated and demoralised, British units in the Far East had virtually been ejected from Burma when, in 1943, General W. J. Slim organised, trained and then deployed his famous 'forgotten' 14th Army to devastating effect, defeating the Japanese twice and liberating Burma in the process. One of the most innovative soldiers of his generation, Slim's 'smart' style of soldiering was startling in its modernity - and with it he achieved something no one believed possible.An intelligent, compassionate commander, the unconventional Slim was also a heroic figure to the men he commanded - known affectionately to the ranks as 'Uncle Bill'. This biography tells the fascinating story of how he brought victory out of defeat; Lyman now gives him his rightful place, alongside Patton and Guderian, in the pantheon of eminent and unorthodox Second World War commanders.

Forfattere
Bibliotekernes beskrivelse Nothing less than one of the most interesting soldiers of his generation, Slim's 'smart' style of soldiering paved the way for how we make war today.