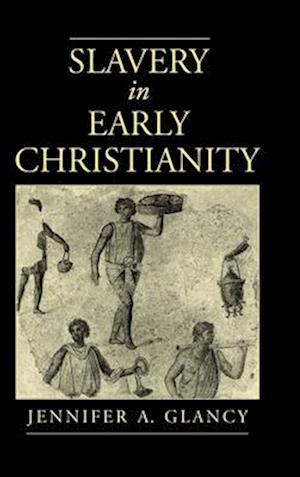 Slavery was widespread throughout the Mediterranean lands where Christianity was born and developed. Though Christians were both slaves and slaveholders, there has been surprisingly little study of what early Christians thought about the realities of slavery. How did they reconcile slavery with the Gospel teachings of brotherhood and charity? Slaves were considered the sexual property of their owners: what was the status within the Church of enslaved women and youngmale slaves who were their owners' sexual playthings? Is there any reason to believe that Christians shied away from the use of corporal punishments so common among ancient slave owners? Jennifer A. Glancy brings a multilayered approach to these and many other issues, offering a comprehensive re-examination of the evidence pertaining to slavery in early Christianity. Drawing on a wide variety of sources, Glancy situates early Christian slavery in its broader cultural setting. She argues that scholars have consistently underestimated the pervasive impact of slavery on the institutional structures, ideologies, and practices of the early churches and of individual Christians. Thechurches, she shows, grew to maturity with the assumption that slaveholding was the norm, and welcomed both slaves and slaveholders as members. Glancy draws attention to the importance of the body in the thought and practice of ancient slavery. To be a slave was to be a body subject to coercion andviolation, with no rights to corporeal integrity or privacy. Even early Christians who held that true slavery was spiritual in nature relied, ultimately, on bodily metaphors to express this. Slavery, Glancy demonstrates, was an essential feature of both the physical and metaphysical worlds of early Christianity. The first book devoted to the early Christian ideology and practice of slavery, this work sheds new light on the world of the ancient Mediterranean and on the development of the early Church.