- Mormon Women since the End of Polygamy 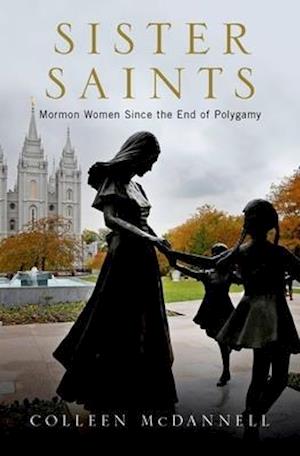 The specter of polygamy haunts Mormonism. More than a century after the practice was banned, it casts a long shadow that obscures people's perceptions of the lives of today's Latter-day Saint women. Many still see them as second-class citizens, oppressed by the church and their husbands, and forced to stay home and take care of their many children.Sister Saints offers a history of modern Mormon women that takes aim at these stereotypes, showing that their stories are much more complex than previously thought. Women in the Utah territory received the right to vote in 1870-fifty years before the nineteenth amendment-only to have it taken away by the same federal legislation that forced the end of polygamy. Progressive and politically active, Mormon women had a profound impact on public life in the first few decades ofthe twentieth century. They then turned inward, creating a domestic ideal that shaped Mormon culture for generations. The women's movement of the 1970s sparked a new, vigorous-and hotly contested-Mormon feminism that divided Latter-day Saint women. By the twenty-first century more than half of all Mormons lived outsidethe United States, and what had once been a small community of pioneer women had grown into a diverse global sisterhood. Colleen McDannell argues that we are on the verge of an era in which women are likely to play a greater role in the Mormon church. Well-educated, outspoken, and deeply committed to their faith, these women are defying labels like liberal and conservative, traditional and modern.This deeply researched and eye-opening book ranges over more than a century of history to tell the stories of extraordinary-and ordinary-Latter-day Saint women with empathy and narrative flair.

Forfattere
Bibliotekernes beskrivelse Sister Saints offers a sweeping history of modern Mormon women-a story that is much more complex than stereotypes suggest. Colleen McDannell shows, with keen insight and narrative flair, that Mormon women have long been critically important in creating, maintaining, and transforming their faith.