Singapore in the Global System 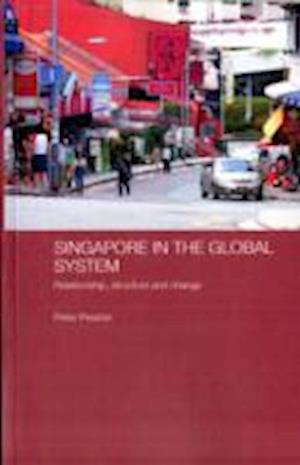 This book tracks the phases of Singapore's economic and political development, arguing that its success was always dependent upon the territories links with the surrounding region and the wider global system, and suggests that managing these links today will be the key to the country's future. Singapore has followed a distinctive historical development trajectory. It was one of a number of cities which provided bases for the expansion of the British empire in the East. But the Pacific War provided local elites with their chance to secure independence. In Singapore the elite disciplined and mobilized their population and built successfully on their colonial inheritance. Today, the city-state prospers in the context of its regional and global networks, and sustaining and nurturing these are the keys to its future. But there are clouds on the elite's horizons; domestically, the population is restive with inequality, migration and surplus-repression causing concern; and internationally, the strategy of constructing a business-hub economy is being widely copied and both Hong Kong and Shanghai are significant competitors. This book discusses these issues and argues that although success is likely to characterize Singapore's future, the elite will have to address these significant domestic and international problems.