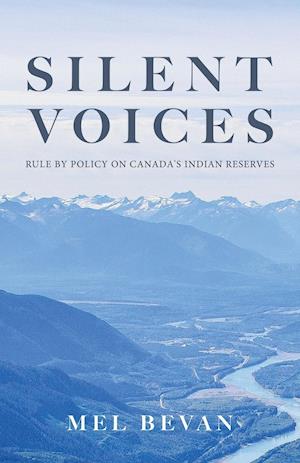 Mel Bevan set out to write the book never before written to find the root cause of the helplessness of the people who live on Canada's Indian reservations. Bevan examines the laws, policies, and practices of the government of Canada and the provinces to find the reason archaic practices continue unabated to the present day. Native leaders accept the laws, policies, and rules not because they generally agree with them; they accept them because they have little or no alternative.

The people who live on the reserves have no method of changing their living conditions. The Indian Act and its regulations, along with rules, policies, and political decisions, both national and provincial, collectively fabricate and entrench a self-correcting and self-perpetuating system. The overall system fosters dysfunction, and the dysfunction created by the system fuels the system in a never-ending circle.

The system is self-correcting-any improvements achieved in some communities by progressive leaders revert to the original conditions or become worse when progressive leaders are eventually replaced. The sum of all actions and policies of colonial governors, laws, and policies created and enforced by successive governments of Canada and the refusal of provincial and territorial governments to consider residents of Indian reserves in the same context as their respective citizens has deeply entrenched the deadlocked public policy of Canada, perpetuating the endless struggle to nowhere.