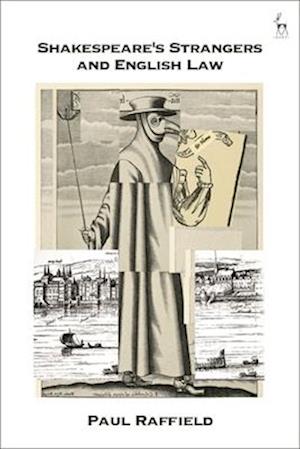 Through analysis of 5 plays by Shakespeare, Paul Raffield examines what it meant to be a 'stranger' to English law in the late Elizabethan and early Jacobean period. The numbers of strangers increased dramatically in the late sixteenth century, as refugees fled religious persecution in continental Europe and sought sanctuary in Protestant England.In the context of this book, strangers are not only persons ethnically or racially different from their English counterparts, be they immigrants, refugees, or visitors. The term also includes those who transgress or are simply excluded by their status from established legal norms by virtue of their faith, sexuality, or mode of employment. Each chapter investigates a particular category of 'stranger'. Topics include the treatment of actors in late Elizabethan England and the punishment of 'counterfeits' (Measure for Measure); the standing of refugees under English law and the reception of these people by the indigenous population (The Comedy of Errors); the establishment of 'Troynovant' as an international trading centre on the banks of the Thames (Troilus and Cressida); the role of law and the state in determining the rights of citizens and aliens (The Merchant of Venice); and the disenfranchised, estranged position of the citizen in a dysfunctional society and an acephalous realm (King Lear).This is the third sole-authored book by Paul Raffield on the subject of Shakespeare and the Law. The others are Shakespeare's Imaginary Constitution: Late Elizabethan Politics and the Theatre of Law (2010) and The Art of Law in Shakespeare (2017), both published by Hart/Bloomsbury.