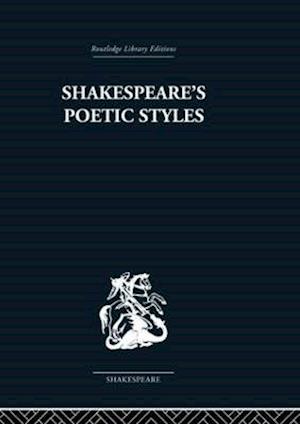 First published in 1980. At their most successful, Shakespeare's styles are strategies to make plain the limits of thought and feeling which define the significance of human actions. John Baxter analyses the way in which these limits are reached, and also provides a strong argument for the idea that the power of Shakespearean drama depends upon the co-operation of poetic style and dramatic form. Three plays are examined in detail in the text: The Tragedy of Mustapha by Fulke Greville and Richard II and Macbeth by Shakespeare.