indgår i serie Flirting with Monsters 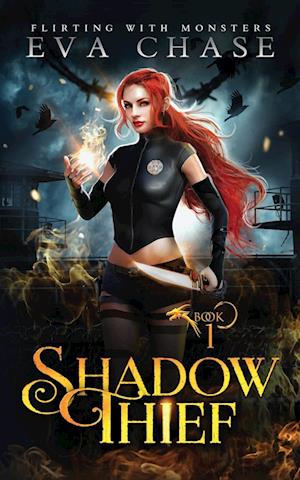 It was an ordinary job. Another night, another asshole collector of the supernatural. I free some poor little beasties from their cages, pocket a few trinkets to pay my bills, and burn the place down on my way out. Just call me the Robin Hood of monster emancipation.

I didn't count on three manly monsters following me home like lost puppies. Stunningly hot lost puppies, but still. Now I've got a seductively cheeky incubus, a sweetly enthusiastic demon, and a grimly stoic angel camped out in my kitchen. They're determined to repay me for my help, and they won't get out of my apartment until they're satisfied we're even.

To be fair, they've got no place else to go. A covert band of hunters captured their boss, and the trail is ice-cold. I'll lend a hand if it means I can send them packing... and when it looks like we're up against the same creeps who murdered the person I loved most, you'd better believe I'm all in.

Track down the baddies.

Steal back the boss.

Don't get killed along the way.

Oh, and maybe hook up with a monstrous hottie or two.

I'm so going to regret this.

*Shadow Thief is the first book in a new urban fantasy series from bestselling author Eva Chase. If you love kickass heroines with sass to spare, drool-worthy monsters who have their own sense of morality, and steamy romances where there'll be no choosing required, dive in now!*