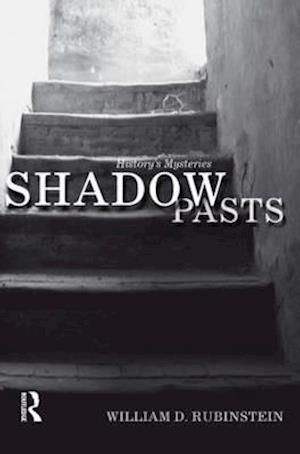 For many intelligent people, the stuff of history does not consist of the kind of dry-as-dust investigations of diplomatic, economic, or political history that most university historians research and write about, but the famous topics of "history's mysteries"- who was Jack the Ripper? Was there a conspiracy to kill President Kennedy? Did Richard III murder the Princes in the Tower? What are the mysteries of the ancient Pyramids?Not only have a great many books and articles been written on these and similar topics by so-called "amateur historians," but they have generated societies, conferences, newsletters, and television programmes. Many people who are not academic historians take a keen interest in these topics, and have in some cases made themselves real experts on them, with interesting theories of their own. Despite all of this, however, these topics are virtually ignored by academic historians and can be treated with contempt. In Shadow Pasts, William D. Rubinstein a well-known and widely published history professor, examines seven of the most famous and interesting topics which have been discussed, debated, examined, and written about by "amateur historians. Each of these mysteries and the theories surrounding them are examined in detail, with Professor Rubinstein presenting his own original and sometimes surprising conclusions about what really happened.