- Advice to Young Ladies Eager for a Good Time 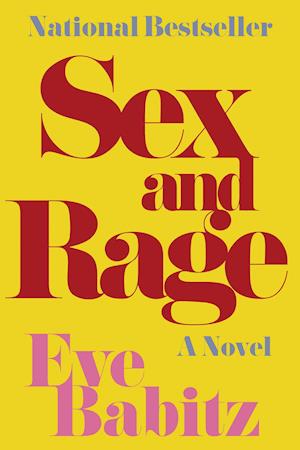 1 of 6 Smarter--But Not Quite Guilt-Free--Beach Reads (VICE) "This novel is studded with sharp observations . . . Babitz's talent for the brilliant line, honed to a point, never interferes with her feel for languid pleasures." --The New York Times Book Review The popular rediscovery of Eve Babitz continues with this very special reissue of her novel, originally published in 1979, about a dreamy young girl moving between the planets of Los Angeles and New York City. We first meet Jacaranda in Los Angeles. She's a beach bum, a part-time painter of surfboards, sun-kissed and beautiful. Jacaranda has an on-again, off-again relationship with a married man and glitters among the city's pretty creatures, blithely drinking White Ladies with any number of tycoons, unattached and unworried in the pleasurable mania of California. Yet she lacks a purpose--so at twenty-eight, jobless, she moves to New York to start a new life and career, eager to make it big in the world of New York City. Sex and Rage delights in its sensuous, dreamlike narrative and its spontaneous embrace of fate, and work, and of certain meetings and chances. Jacaranda moves beyond the tango of sex and rage into the open challenge of a defined and more fulfilling expressive life. Sex and Rage further solidifies Eve Babitz's place as a singularly important voice in Los Angeles literature--haunting, alluring, and alive.