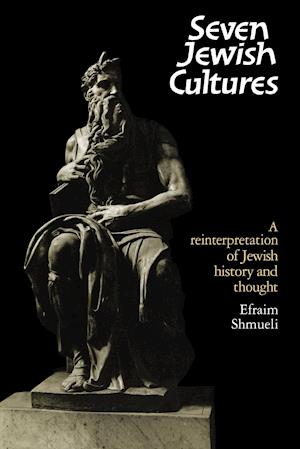 In this volume, Professor Shmueli, a distinguished Israeli scholar, has synthesized history, philosophy, biblical scholarship, sociology, literature and psychology into an original and profound view of Jewish history. Jewish history is viewed as an unfolding of seven successive systems of cultures, where each culture emerges in its time both as a rebel and a successor of previous cultures. Each presents itself as a distinct and often startlingly different framework in which the meaning of Jewish life is always interpreted anew. In this sense, Jewish history may be said to have undergone seven great 'Renaissances'. Seven Jewish Cultures emphasizes the chasm which divides the five 'cultures of faith' from the secular cultures of the Emancipation and nationalist-Israeli periods. Shmueli argues that the cultures of modernity have created a new frame of reference for the Jewish people. No longer is Jewish history viewed as a divine drama, and no longer is the Bible seen as the hermeneutical key to all Jewish problems.