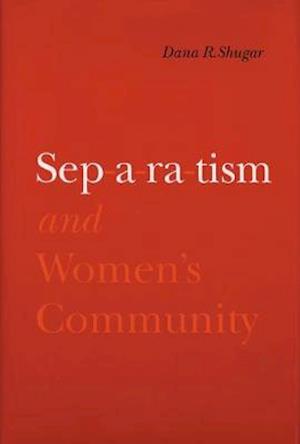 The energy spent on all sides of debates about women's separatism demonstrates the vitality of separatism as an important issue. Excited by the prospect that changes in their personal lives could reverberate through the nation, many women have organized rural communes and urban business collectives, putting ideas into practice. Separatism and Women's Community reviews debates in separatist theory, historical narratives by members of separatist collectives, and utopian novels that envision how collectives might be formed. Shugar compares the ideas and proposals of theorists-including Robin Morgan, Shulamith Firestone, Joyce Cheney, Joan Nestle, Ti-Grace Atkinson, and the Radicalesbians-with the experience of women from collectives as diverse as Cell 16, the Combahee River Collective, the Gutter Dyke Collective, the Seattle Collective, the Bloodroot Collective, and the Lavender Woman Collective of Chicago. Despite the attempts to connect action and thought, many women were ill-prepared for the problems they found in collective life. Women who theorized that oppression based on difference was a man-made phenomenon were confronted by other women who challenged their racism, classism, or homophobia. The community had to respond to these confrontations in ways that would strengthen, rather than destroy, their tentative connections with other women.