indgår i serie Selected Works in Probability and Statistics 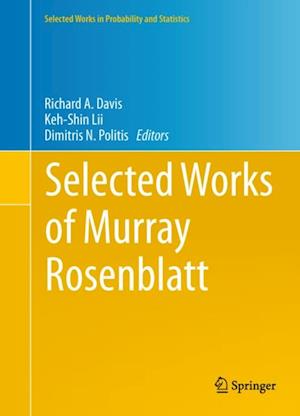 During the second half of the 20th century, Murray Rosenblatt was one of the most celebrated and leading figures in probability and statistics. Among his many contributions, Rosenblatt conducted seminal work on density estimation, central limit theorems under strong mixing conditions, spectral domain methodology, long memory processes and Markov processes. He has published over 130 papers and 5 books, many as relevant today as when they first appeared decades ago. Murray Rosenblatt was one of the founding members of the Department of Mathematics at the University of California at San Diego (UCSD) and served as advisor to over twenty PhD students. He maintains a close association with UCSD in his role as Professor Emeritus. This volume is a celebration of Murray Rosenblatt's stellar research career that spans over six decades, and includes some of his most interesting and influential papers. Several leading experts provide commentary and reflections on various directions of Murray's research portfolio.