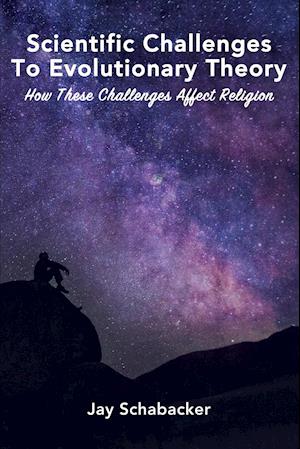 Based on the successful 7th China-Japan seminar on number theory conducted in Kyushu University, this volume is a compilation of survey and semi-survey type of papers by the participants of the seminar. The topics covered range from traditional analytic number theory to elliptic curves and universality. This volume contains new developments in the field of number theory from recent years and it provides suitable problems for possible new research at a level which is not unattainable. Timely surveys will be beneficial to a new generation of researchers as a source of information and these provide a glimpse at the state-of-the-art affairs in the fields of their research interests.Scientific Challenges to Evolutionary Theory: How These Challenges Affect Religion addresses all aspects of the giant battle between two major belief systems...those that believe in a 'naturalistic worldview' and evolution, and those that believe in a miracle-performing God and the Creation of all things.On a trip to Mount St. Helens, some look at the catastrophic eruption of May 18, 1981 as a significant corroboration of the Creation event. Others, deniers of the possibilities of miracles, hold to the view that God's creation cannot be taken seriously by the scientific community.At the Mount St. Helens book store, I asked about books for sale that gave a Christian view of the catastrophic eruption. The reply was, "I'm sorry, sir, but we only carry books by scientists."It was time for the author, Jay Schabacker, to do a little scientific sleuthing. Join Jay Schabacker as you learn of the hundreds, even thousands, of Ph.D. scientists who repudiate the theory of evolution, but hold rather to the truth of the theory of Creation.Significant general information, likely new to most readers gives corroborative evidence from many sources, including:* From all over the ancient world, hundreds of accounts of a global flood* Well documented accounts of the Ark of Noah, indeed, located at the top of Mount Ararat* Ancient 'Near East' finds, inscribed on rock, told of the actual details covered in the Holy Bible Numerous scientific papers refute the naturalistic dogma forced on us the government, public schools, universities and media. You'll find arguments that assert:* The earth's geological features appear to have been fashioned by rapid catastrophic processes that affected the earth on a global scale.* Life on earth was suddenly created, not over billions of years.* The use of radiometric dating method is often grossly in error.* The fossil record shows that all present living kinds of animals and plants have remained fixed since creation.* Mutations and natural selection are insufficient to have brought about any emergence of living kinds from a simple primordial organism.* The universe has "obvious manifestations of an ordered, structural plan and design." The universe and the solar system were suddenly created. If evolution is wrong why are our children being only taught it in our public schools? Numerous polls favored biology teachers teaching Darwin's Theory of evolution, but also the scientific evidence against it. The final section of the book gets further into the "Action Plan" where church pastors and members, scientist groups, etc., could make an important difference if:* We all read about the subject and started the conversation;* We gave our views to the school boards and legislators who are the decision makers;* We initiate needed petitions in support needed legislation; and* We urge church pastors to create their own church schools and concerned families to start home schooling for their children.