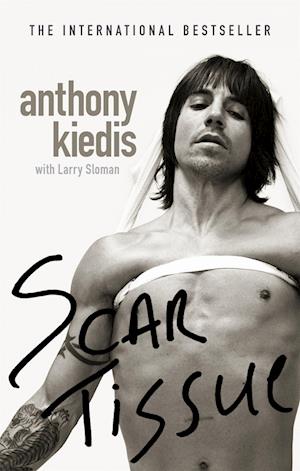 Forfatter
Forlagets beskrivelse In SCAR TISSUE Anthony Kiedis, charismatic and highly articulate frontman of the Red Hot Chili Peppers, recounts his remarkable life story, and the history of the band itself. Raised in the Midwest, he moved to LA aged eleven to live with his father Blackie, purveyor of pills, pot, and cocaine to the Hollywood elite. After a brief child-acting career, Kiedis dropped out of U.C.L.A. and plunged headfirst into the demimonde of the L.A. underground music scene. He formed the band with three schoolfriends - and found his life's purpose. Crisscrossing the country, the Chili Peppers were musical innovators and influenced a whole generation of musicians. But there's a price to pay for both success and excess and in SCAR TISSUE, Kiedis writes candidly of the overdose death of his soul mate and band mate, Hillel Slovak, and his own ongoing struggle with an addiction to drugs.SCAR TISSUE far transcends the typical rock biography, because Anthony Kiedis is anything but a typical rock star. It is instead a compelling story of dedication and debauchery, of intrigue and integrity, of recklessness and redemption.
Bibliotekernes beskrivelse * The frank, shocking and inspiring autobiography of Anthony Kiedis, lead singer of the Red Hot Chili Peppers - 'the world's biggest band' (MOJO)* 'Book of the Year' N.M.E. Section: 32, colour