indgår i serie Drawn To The Rhythm 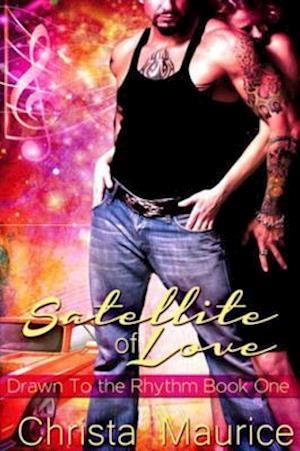 Drawn t the Rhythm, #1 They love each other. Will the rest of the world let them? Reluctantly on her way to a blind date, second grade teacher Maureen detours into her mechanic's garage because her brakes are squeaking. Her regular mechanic isn't there but his very intriguing brother Michael is. Michael tells her that he can't let her drive home with her brakes in that condition and offers to take her out to dinner in his 1972 Plymouth Satellite. Maureen can't believe how instantly and powerfully she's attracted to this grease monkey and neither can any of her friends, but since he's only going to be in town for a week, she doesn't want to waste an instant. Except that grease monkey is no grease monkey. He's Bear D'Amato, rock n' roll drummer and in a week he's headed back to get ready for a world tour with his band, Touchstone. When he first meets Maureen, he just wants to go out with her a few times like a normal guy, but as the relationship deepens, he realizes he wants more than just a couple of dates. He wants a lifetime. Maureen is shocked by his revelation, but she realizes she wants a lifetime too. Now all they have to do is convince the rest of the world. Content Warning: judgmental people, bad parents and giant fish.74,296 Words