- A Jewish Salonni re and the Press in Counter-Reformation Venice 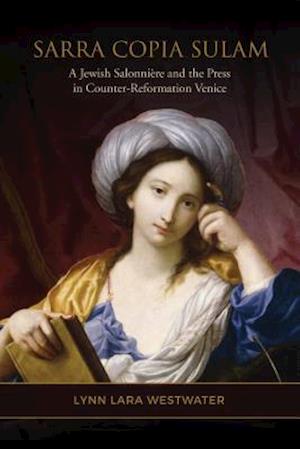 For nearly a decade at the height of the Counter-Reformation in Italy, the Jewish poet and polemicist Sarra Copia Sulam (ca. 1592-1641) hosted a literary salon at her house in the Venetian ghetto, providing one of the most public and enduring forums for Jewish-Christian interaction in early modern Venice. Though Copia Sulam built a powerful intellectual network, published a popular work on the immortality of the soul, and gained fame for her erudition, her literary career foundered under the weight of slanderous charges against her sexual, professional, and religious integrity.This first biography of Copia Sulam examines the explosive relationship between gender, religion, and the press in seventeenth-century Venice through a study of the salonni re's literary career. The backdrop to this inquiry is Venice's tumultuous religious, cultural, and political climate and the competitive world of its presses, where men and women, Christians and Jews, alternately collaborated and clashed as they sought to gain a foothold in Europe's most prestigious publishing capital.

Forfattere
Bibliotekernes beskrivelse The first biography of the Jewish poet and polemicist Sarra Copia Sulam situates her in the tradition of women's writing in Venice and explores her rise and fall as a public intellectual in the tumultuous world of the city's presses. 22 Illustrations, unspecified