indgår i serie Postcolonial and Decolonial Studies in Religion and Theology 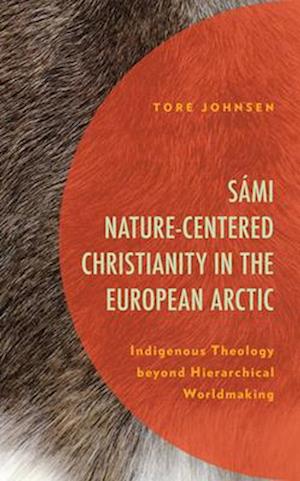 In Sami Nature-Centered Christianity in the European Arctic: Indigenous Theology beyond Hierarchical Worldmaking, Tore Johnsen unpacks the theological significance of North Sami indigenous Christianity, demonstrating how the tension between Sami nature-centered Christianity and official Norwegian Lutheranism has broad theological relevance. Focusing on Christian cosmological orientation, the author argues that this is not fully given within the Christian faith itself. It is partly shaped by the religio-philosophical frameworks that various historical receptions of Christianity were filtered through. The author substantiates that two different types of Christian cosmological orientation are negotiated in the North Sami Christian experience: one reflecting a Sami historical reception of Christianity primarily filtered through the egalitarian world intuition of the Sami indigenous tradition; another reflecting official Norwegian Lutheranism, primarily filtered through a Greek hierarchical world construct passed down among European intellectual elites. The argument is developed through thick description of local everyday Christianity among reindeer herding, river, and sea Sami communities in Finnmark, Norway; through critical engagement with historical and contemporary Lutheranism; and through constructive dialogue with African and Native American theologies. The author suggests that the egalitarian, multi-relational logic of Sami nature-centered Christianity points beyond the hierarchical binaries delimiting much of the theological imagination of dominant Christian theologies.