indgår i serie Images of Sport 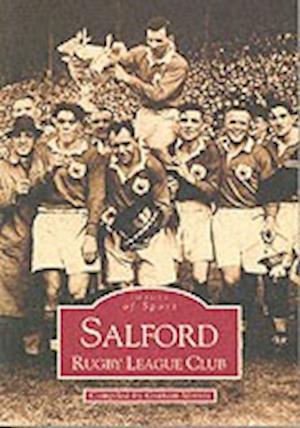 Salford Rugby League Club has a fascinating history, representing, as it does, a city that proudly stands across the River Irwell from Manchester. The club began life rather modestly in 1873, when the boys of the Cavendish Street chapel, situated in the Hulme district of Manchester, decided to form their own rugby football team. Within two years, they were to cross the Irwell into Salford and, in 1879, they adopted the name of their new home. The club rapidly developed into one of the strongest teams in the country and became the first ever champions of Lancashire in 1893. This book lovingly presents the images of those early years, and the century of highs and lows that followed. Using an impressive array of over 200 photographs and illustrations, many of which have never been published before, it celebrates the club's past with a comprehensive collection of evocative memorabilia. Compiled by Rugby League historian Graham Morris, a former secretary of the club, the collection represents a pictorial journey through nearly 130 years in the life of this famous team. It relives the times of the legendary Lance Todd and his dominant 'Red Devils' side of the 1930s and takes a nostalgic look back to the days of Brian Snapes' exciting 'Millionaire' team of the 1970s. Finally, it focuses on the new era of Super League and summer rugby, as the recently renamed Salford City Reds seek to build on past glories under John Wilkinson's astute regime.