Dwyer, J: Russia, Ukraine and the Breakup of the Soviet Uni

- Dwyer, J: Russia, Ukraine and the Breakup of the Soviet Uni 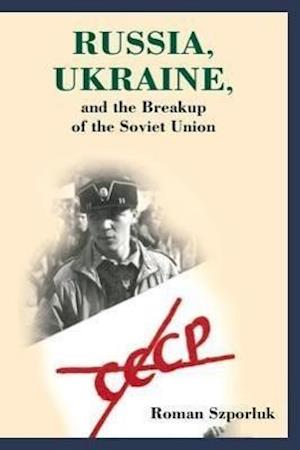 The key to understanding what was unimaginable in November 1989 yet became a reality in December 1991, Szporluk says, lies in understanding the relationship of Ukraine and Russia. With this in mind, he offers insightful new perspectives on many critical questions surrounding the decline and fall of the Soviet system, such as Why were the processes of Russian identity formation not yet completed by the time of the communist takeover in 1917 and what did this mean for the future of the USSR?

Why did Gorbachev and his advisers so misjudge the condition of the Soviet Union at the end of the 1980s?

How unrealistic was their sense of what the Soviet bloc represented at that time?

Why did the Soviet Union fail to adjust to and take advantage of the current "scientific-technical revolution"?

How did the leaders of the Soviet state perceive the problem of the nationalities in the USSR and their relations with their East European allies?

Why were West Ukraine and other Baltic states the "Soviet West" an alien and potentially disruptive element in the Soviet body politic?

Why did Soviet leaders never find a successful resolution of the problem of Russian-Ukrainian relations?