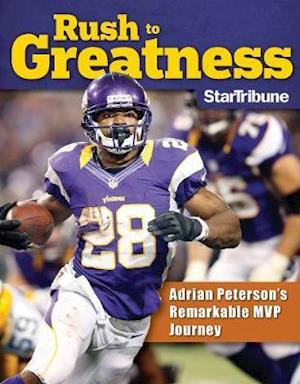 Adrian Peterson had major surgery on his left knee on December 30, 2011, making it unlikely the Vikings' All-Pro running back would be ready for the start of the 2012 NFL season. He vowed to return better than ever, even as his team tried to temper enthusiasm. Throughout 2012, "Star Tribune" writers chronicled Peterson's offseason recovery, his impatient training camp, his return to the field, and the notable second half of his season. He finished the year with 2,097 rushing yards, just eight yards short of Eric Dickerson's single-season NFL record. "Rush to Greatness "brings together the "Star Tribune"'s exclusive coverage of Peterson's pursuit of NFL records and efforts to lead his team into the playoffs. Featuring more than 40 stories and numerous full-color photographs, this is the definitive account of Peterson's improbable, unprecedented season.