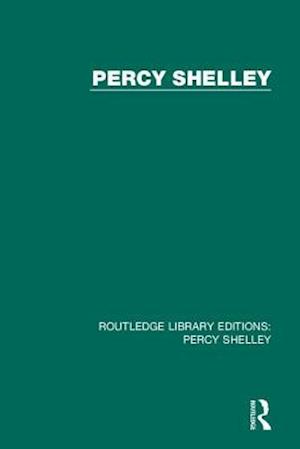 Percy Shelley is widely considered one of the most important Romantic poets of the 19th Century and was a key influence on the Victorian and pre-Raphaelite poets in the century following his death in 1822. However, for many years his writing was largely ignored in the mainstream due to the radical politics he espoused and it is only in relatively recent times he has become universally admired. Routledge Library Editions: Percy Shelley collects a broad range of scholarship ranging from examinations of Shelley's style and political intentions to an assessment of his impact on the broader Romantic Movement. This set reissues 4 books on Percy Shelley originally published between 1945 and 2009 and will be of interest to students of literature and literary history.