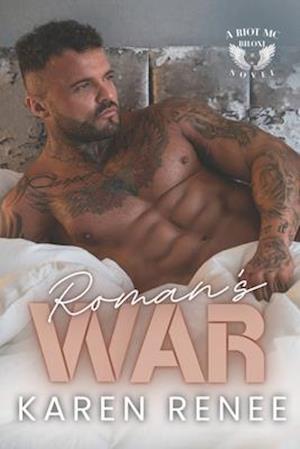 She's playing with fire, but to win Roman's heart, she's willing to take her chances.

Time is running out for Trinity Benoit. She must get married to claim her grandfather's legacy. In her family's social circle, any man interested in her is only after the inheritance. Not to mention, those men aren't her type.

Nothing goes to plan when she approaches Roman with her proposal.

As the pyrotechnic expert for the Riot MC Biloxi chapter, Roman defends his brotherhood against any threats. He's no stranger to bar brawls or street fights. Yet, he faces an epic battle against a woman who could send him to prison.

To protect himself and his club, he agrees to marry her.

It isn't until after they say, 'I do,' that Roman discovers there's more to his wife than blackmail and extortion. If Roman isn't careful, he may find himself committed to something bigger (and possibly even better) than the Riot MC brotherhood.

Will Roman desert Trinity as soon as he's fulfilled their bargain? Or will he find himself one of the 'mighty' who fall prey to love's force?