indgår i serie Oxford Studies in Diachronic and Historical Linguistics 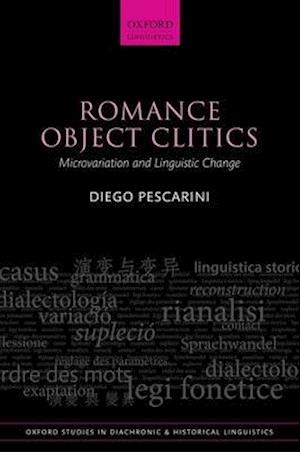 This book offers an empirical and theoretical exploration of the development of object clitic pronouns in the Romance languages, drawing on data from Latin, medieval vernaculars, modern Romance languages, and lesser-known dialects. Diego Pescarini examines phonological, morphological, and especially syntactic aspects of Romance object clitics, using the findings to reconstruct their evolution from Latin to Romance and to model clitic placement in modern Romancelanguages. On the theoretical side, the volume engages with previous accounts of clitics, particularly in generative theory. It challenges the received idea that cliticization resulted from a form of syntactic deficiency; instead, it proposes that clitics resulted from the feature endowment of discoursefeatures, which initially caused freezing of certain pronominal forms and then - through reanalysis - their successive incorporation to verbal hosts. This approach leads to a revision of earlier analyses of well-known phenomena such as interpolation, climbing, and enclisis/proclisis alternations, and to new approaches to issues including V2 syntax, scrambling, and stylistic fronting, among many others.