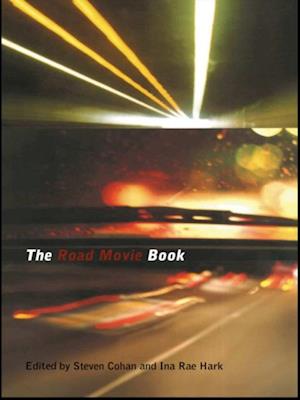 The Road Movie Book is the first comprehensive study of an enduring but ever-changing Hollywood genre, its place in American culture, and its legacy to world cinema. The road and the cinema both flourished in the twentieth century, as technological advances brought motion pictures to a mass audience and the mass produced automobile opened up the road to the ordinary American. When Jean Baudrillard equated modern American culture with 'space, speed, cinema, technology' he could just as easily have added that the road movie is its supreme emblem.The contributors explore how the road movie has confronted and represented issues of nationhood, sexuality, gender, class and race. They map the generic terrain of the road movie, trace its evolution on American television as well as on the big screen from the 1930s through the 1980s, and, finally, consider road movies that go off the road, departing from the US landscape or travelling on the margins of contemporary American culture.Movies discussed include:* Road classics such as It Happened One Night, The Grapes of Wrath, The Wizard of Oz and the Bob Hope-Bing Crosby Road to films* 1960's reworkings of the road movie in Easy Rider and Bonnie and Clyde* Russ Meyer's road movies: from Motorpsycho! to Faster Pussycat! Kill! Kill!* Contemporary hits such as Paris Texas, Rain Man, Natural Born Killers and Thelma and Louise* The road movie, Australian style, from Mad Max to the Adventures of Priscilla, Queen of the Desert.