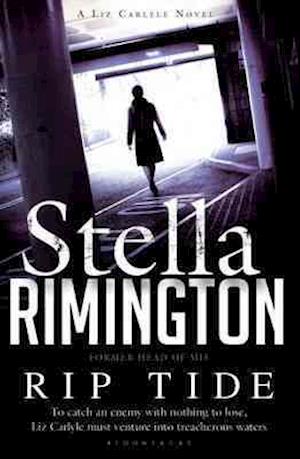 To catch an enemy with nothing to lose, MI5 Intelligence Officer Liz Carlyle must venture into dangerous waters.When pirates attack a cargo ship off the Somalian coast and one of them is found to be a British-born Pakistani, alarm bells start ringing at London's Thames House. MI5 Intelligence Officer Liz Carlyle is brought in to establish how and why a young British Muslim could go missing from his well-to-do family in Birmingham and end up onboard a pirate skiff in the Indian Ocean, armed with a Kalashnikov.After an undercover operative connected to the case turns up dead in the shipping office of an NGO in Athens it looks like piracy may be the least of the Service's problems. Liz and her team must unravel the connections between Pakistan, Greece and Somalia, relying on their wits - and the judicious use of force - to get to the truth. And they don't have long, as trouble is brewing closer to home: the kind of explosive trouble that MI5 could do without ...In this tense and heart-stopping spy thriller, the secrets are deep, the stakes are high and the enemy is always just out of sight...