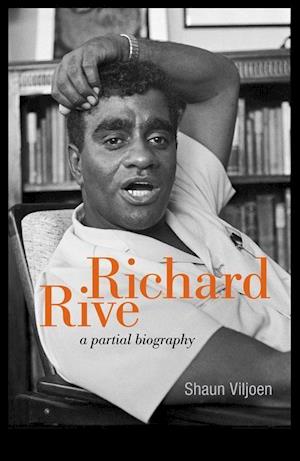 Richard Moore Rive (1930_1989) was a writer, scholar, literary critic and college teacher in Cape Town, South Africa. He is best known for his short stories written in the late 1950s and for his second novel, ?Buckingham Palace?, District Six, in which he depicted the well-known cosmopolitan area of District Six, where he grew up. In this biography Shaun Viljoen, a former colleague of Rive?s, creates the composite qualities of a man who was committed to the struggle against racial oppression and to the ideals of non-racialism but was also variously described as irascible, pompous and arrogant, with a ?cultivated urbanity?. Beneath these public personae lurked a constant and troubled awareness of his dark skin colour and guardedness about his homosexuality. Using his own and others? memories, and drawing on Rive's fiction, Viljoen brings the author to life with sensitivity and empathy. The biography follows Rive from his early years in the 1950s, writing for Drum magazine and spending time in the company of great anti-establishment writers such as Jack Cope, Ingrid Jonker, Jan Rabie, Marjorie Wallace, Es?kia Mphahlele and Nadine Gordimer, to his acceptance at Magdalene College, Oxford, where he completed his doctorate on Olive Schreiner, before returning to South Africa to resume his position as senior lecturer at Hewat College of Education. This biography will resurface Richard Rive the man and the writer, and invite us to think anew about how we read writers who lived and worked during the years of apartheid.