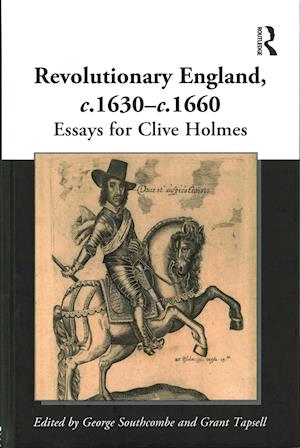 Revolutionary England, c. 1630-c. 1660 presents a series of cutting-edge studies by established and rising authorities in the field, providing a powerful discourse on the events, crises and changes that electrified mid-seventeenth-century England.The descent into civil war, killing of a king, creation of a republic, fits of military government, written constitutions, dominance of Oliver Cromwell, abolition of a state church, eruption into major European conflicts, conquest of Scotland and Ireland, and efflorescence of powerfully articulated political thinking dazzled, bewildered or appalled contemporaries, and has fascinated scholars ever since. Compiled in honour of one of the most respected scholars of early modern England, Clive Holmes, this volume considers themes that both reflect Clive's own concerns and stand at the centre of current approaches to seventeenth-century studies: the relations between language, ideas, and political actors; the limitations of central government; and the powerful role of religious belief in public affairs.Centred chronologically on Clive Holmes' seventeenth-century heartland, this is a focused volume of essays produced by leading scholars inspired by his scholarship and teaching. Investigative and analytical, it is valuable reading for all scholars of England's revolutionary period.