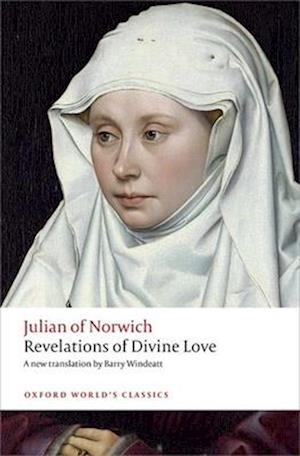 'All shall be well, and all shall be well, and all manner of thing shall be well'Julian of Norwich is one of the most celebrated figures of the English Middle Ages. She is esteemed as one of the subtlest writers and profoundest thinkers of the period for her account of the revelations that she experienced in 1373. Julian lived as an anchoress in Norwich, and after recovering from a serious illness she described the visions that had come to her during her suffering. She conceived of a loving and compassionate God, merciful and forgiving, and believed in our ability toreach self-knowledge through sin. She wrote of God as our mother, and embraced strikingly independent theological opinions.This new translation conveys the poise and serenity of Julian's prose style to the modern reader. It includes both the short and long texts, written twenty years apart, through which Julian developed her ideas. In his introduction Barry Windeatt considers Julian's astonishingly positive vision of humanity and its potential for spiritual transformation. ABOUT THE SERIES: For over 100 years Oxford World's Classics has made available the widest range of literature from around the globe. Each affordable volume reflects Oxford's commitment to scholarship, providing the most accurate text plus a wealth of other valuable features, including expert introductions by leading authorities, helpful notes to clarify the text, up-to-date bibliographies for further study, and much more.

Forfattere
Bibliotekernes beskrivelse Julian of Norwich is one of the subtlest writers and profoundest thinkers of the Middle Ages, and the earliest woman writer in English. Her Revelations describe a loving and merciful God and a positive vision of humanity. This sensitive new translation conveys the poise and serenity of her style, and includes the two versions of her text.