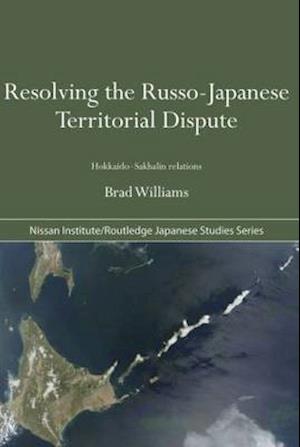 The unresolved territorial dispute between Japan and Russia over the South Kuril Islands/Northern Territories remains the largest obstacle to concluding a peace treaty and fully normalising bilateral relations between the two nations. This book traces the evolution of transnational relations between subnational public authorities in Hokkaido and Sakhalin, examining the interrelationship between these ties and the Russo-Japanese territorial dispute. The book investigates why the development of Hokkaido-Sakhalin relations has failed to create, at the subnational level, an environment conducive to resolving (kankyo seibi) the South Kuril Islands/Northern Territories dispute. Brad Williams suggests that kankyo seibi has not worked primarily because Russia's troubled transition to a liberal democratic market economy has manifested itself in ways that have ultimately increased the South Kuril Islands' intrinsic and instrumental value for the Sakhalin public and regional elite. This in turn has limited the impact from the twin transnational processes of cultural and economic exchange in alleviating opposition to the transferral of these disputed islands to Japan.Drawing upon a wealth of primary and secondary sources from both countries, this book utilises levels of analysis and an analytical framework that incorporates national and subnational, as well as governmental and non-governmental forces to discuss a relatively unexplored aspect of Russo-Japanese relations. As such, Resolving the Russo-Japanese Territorial Dispute will appeal to students and scholars of Asian politics, international relations and post-communist states.